How to Tell Friends They Aren't In the Wedding Party 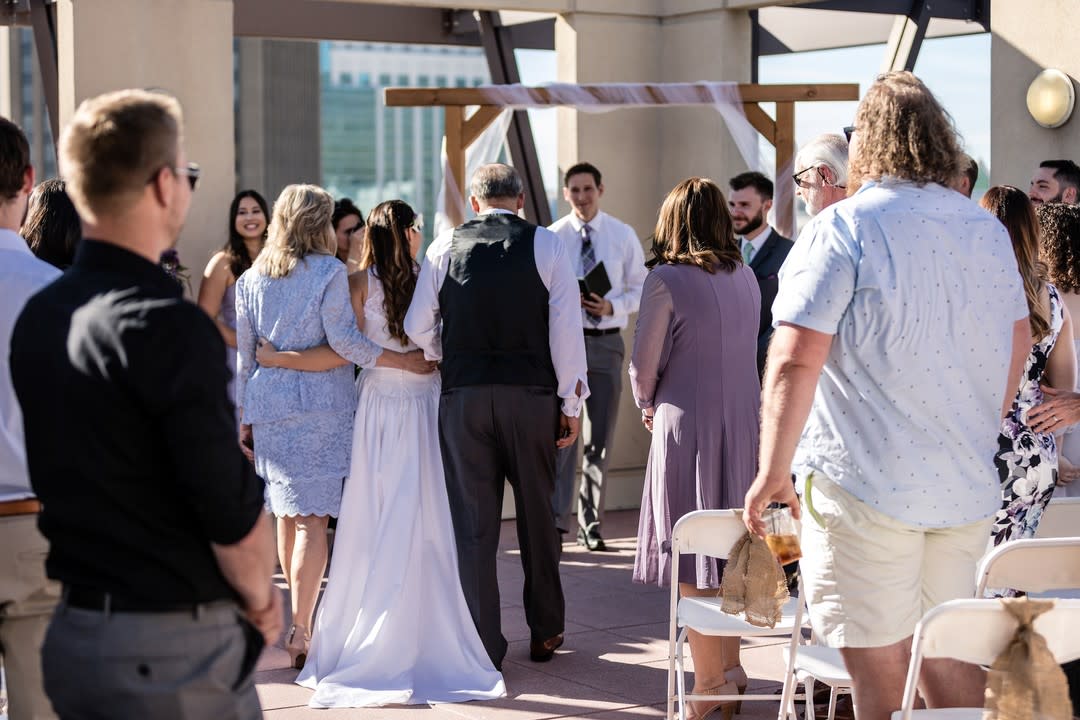 In a perfect world, you’d be able to have all of your friends standing next to you as you say your “I do’s.” But wedding parties can only be so large—and, in many cases, that means some friends won’t make it into your final count. It’s a tricky situation that sometimes leads to hurt feelings. There are right ways to break the news, though, and definitely some wrong ways to break the news. Keep your friendships—and your sanity—intact. Here’s how to tell friends that they aren’t in your wedding party.

How To Do It

There’s no way around it—telling your friends that they aren’t in your wedding party can be an uncomfortable conversation. It’s also a necessary one. Ideally, you should tell anyone sooner rather than later. Don’t postpone the conversation because you’re nervous about it.

How you manage the “you’re not in the wedding” conversation is going to depend, in large part, on who you’re talking to. Here are some classic scenarios. 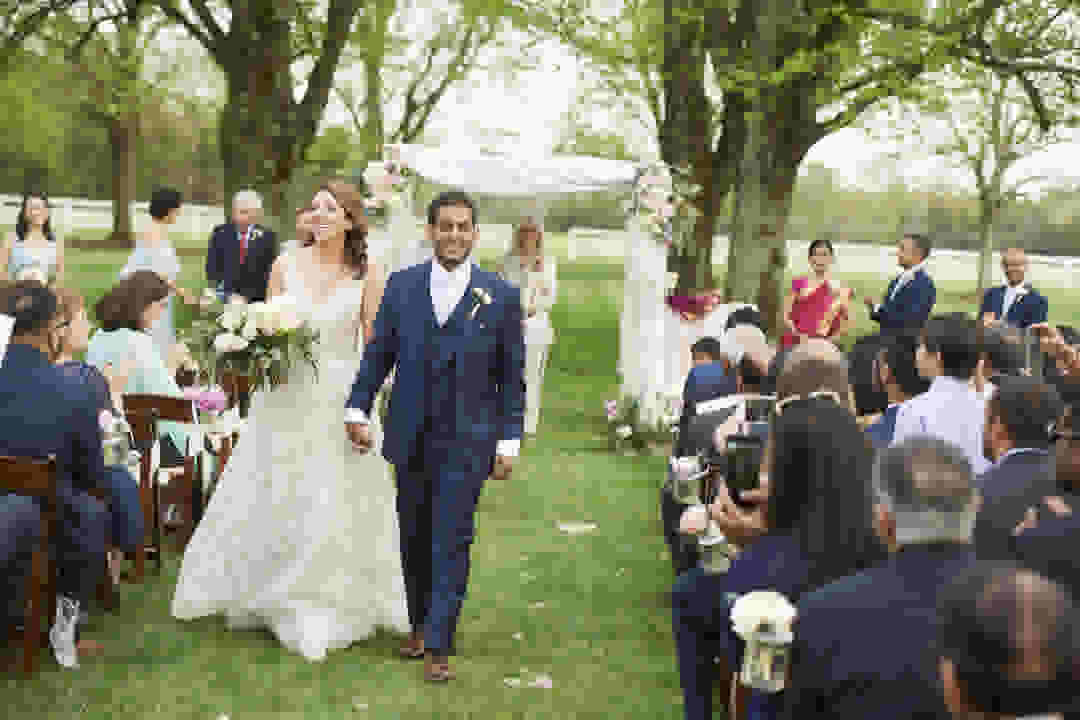 Many people have an old friend that played a significant role in a certain time period of their life—like a childhood best friend you keep close to via social media or the freshman roommate who was an indispensable part of your college experience. Those old friends don’t play as big of a role in their current lives, though—and, as such, it doesn’t really make sense to ask them to be in the wedding party.

There’s a huge value in maintaining friendships with people who knew you way back then. So, the key to talking to old friends is making sure they know how much you appreciate them and your shared memories.

What to Say: “We share so many of my favorite memories, and I’m so grateful you’re going to be there to share in this with me, too.” Then, tell them while there isn’t room in the wedding party, you’d love to involve them in the wedding in a way that honors your shared history—like having them help put together a collage of old pictures or giving a toast (with plenty of fun stories!) at your engagement party.

The Friend Who Assumes They’re In The Wedding Party

If you have a friend who’s hinted they think they’re in the wedding party—or just assumed bridesmaid or groomsman duties as soon as you got engaged—it’s important to clear up the misunderstanding quickly.

What to Say: “You know how close we are, and I would love to have you stand with me at the wedding—but the truth is, we’re keeping the wedding party really small. I’m so happy you’ll be there to celebrate with me.” Then, tell him or her you’d love to have them involved in the process. Give her a job that will make him or her feel included on your big day (like acting as an usher or manning the gift table).

Of all the friends to tell they aren’t in the wedding party, the dramatic friend just might be the trickiest. If you have a friend who’s prone to drama, gossip, or a bad attitude (we have them, we love them), you’re going to want to be direct and short with the conversation. If she brings up being in the wedding party, get straight to the point.

What to Say: “I really appreciate you wanting to be involved in the process, but we’ve actually have the wedding party taken care of.” Then, move on. The less room you leave for drama, the less opportunity your dramatic friend has to make the situation all about them. In this case, you may anticipate a bit of backlash. If it resorts to more conversations beyond your control, remember exactly that: It’s out of your control. You have a wedding to plan.

The Friend That Had You In Their Wedding Party

If your friend asked you to be in their wedding party, they might expect you to do the same. But that’s not always the case—and it certainly doesn’t have to be.

If your friend asked you to be in their wedding party but you aren’t planning on asking them to be in yours, it’s important to approach the subject with some sensitivity. Remember—you stood by them at their wedding, so the fact that they won’t be able to do the same for you might sting a little bit.

What to Say: “I’m so grateful I was able to be in your wedding and I’m so happy you’ll be at mine. We’re just keeping the wedding party pretty small.” Offer them another role in the wedding if you’re close. After throwing a wedding themselves, though, they may be grateful to sit back and relax for yours.

If you have a large circle of friends, there might be one person you’re just not as close to. Asking everyone else in your circle to be in the wedding party may leave the “last friend standing” feeling left out. If you’re just not super close with this person, chances are, they realize that too—and it’s fine to acknowledge it.

What to Say: “I know a lot of our friends are in my wedding party, but I feel like we haven’t had much of an opportunity to connect one-on-one—but I’d love to change that!” This not only clears up any confusion over the wedding party but can also pave the way to deepen your friendship. 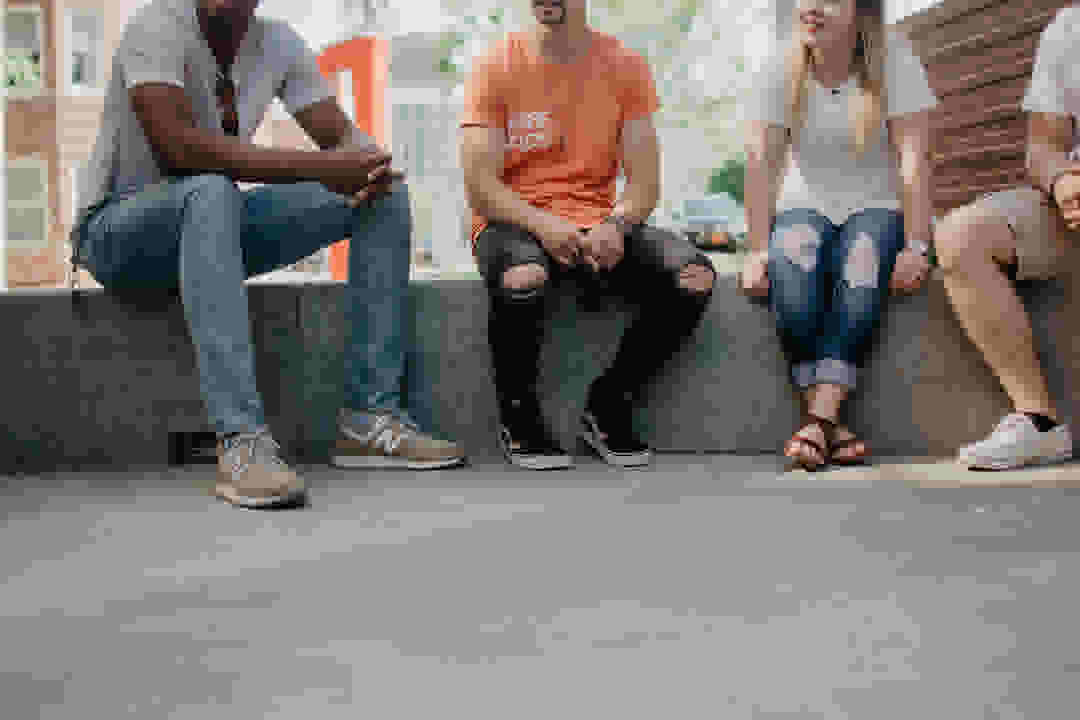 What to Do When the Conversation Goes South

No matter how much you prepare for telling friends they aren’t in your wedding party, some conversations may not go as planned—and could end in an argument, tears, or hurt feelings.

If one of your talks doesn’t go as planned, here are some tips for damage control:

You might be dreading telling a friend they’re not in the wedding party—but now that you know how to manage the conversation, the best thing you can do is rip the Band-Aid. Get the conversation out of the way so you can get back to enjoying the wedding planning process.