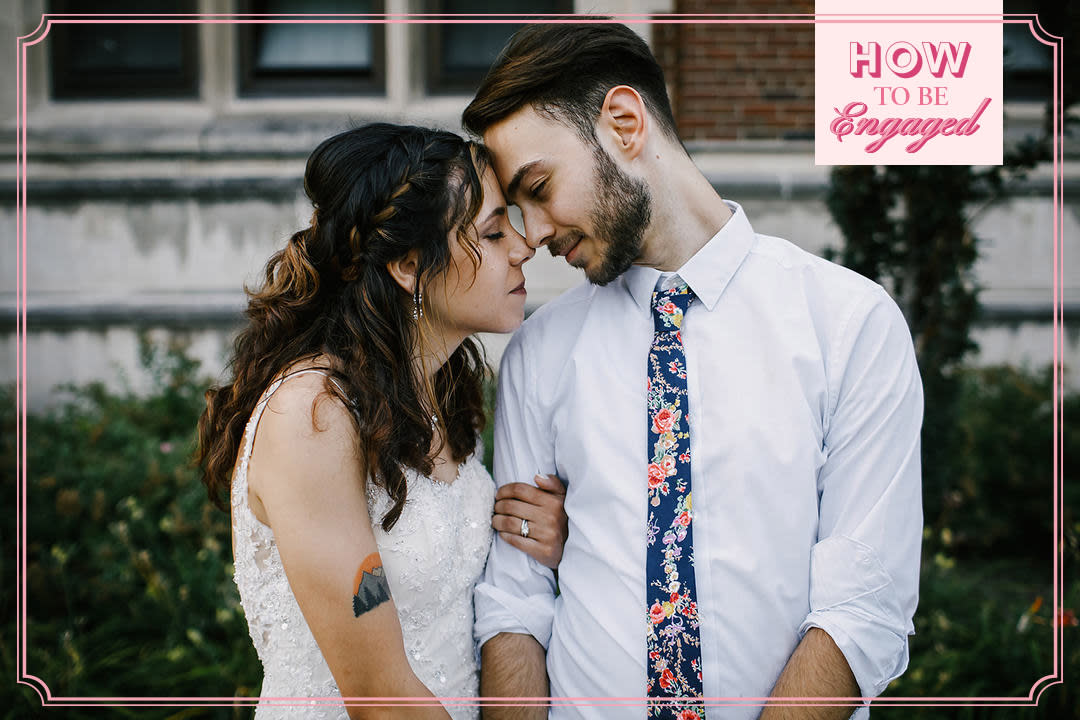 Fresh off an engagement, many couples grab their phones to call their families, namely their parents or any parent-like figures. However, for some couples, that call can cause some tension. If your parents don’t like or get along with your fiancé, an engagement can cause as much stress as it may excitement.

If there’s turmoil between your parents and your partner, you may be feeling a little lost. To help you out, we talked to licensed relationship therapists for their advice on how to approach—and hopefully, amend—these relationships. Here, we’re breaking it down by common reasons for disagreements between parents and partners.

Your partner is a different race or religion.

Obviously, disagreements involving race, religion, or other lifestyle differences vary greatly from family to family. However, according to Aimee Hartstein, LCSW, a relationship therapist, these conflicts can come from the same place. Therefore, they can be approached similarly.

“Your parents may have expected you to marry someone who is of the same background as they are and may be sad, confused, enraged, or disappointed that you’ve made a very different life decision,” she says. This can extend to worries about how you may raise your future children (their grandchildren). It’s a touchy and sensitive topic for everyone involved. However, that doesn’t mean there’s room to compromise.

How to Deal: If your parent or parents are disapproving, have a direct conversation with them, excluding your fiancé. Confront them about their judgments and fears while standing your ground. If they’re less strict and more so hopeful in their wants you for, there may be room for them to alter or update their perspective and form a good relationship with your to-be spouse.

If your parents still don’t approve, Hartstein recommends putting space between them and yourself. “Let them know that you need them to accept you, your partner, and your life choices,” she affirms. 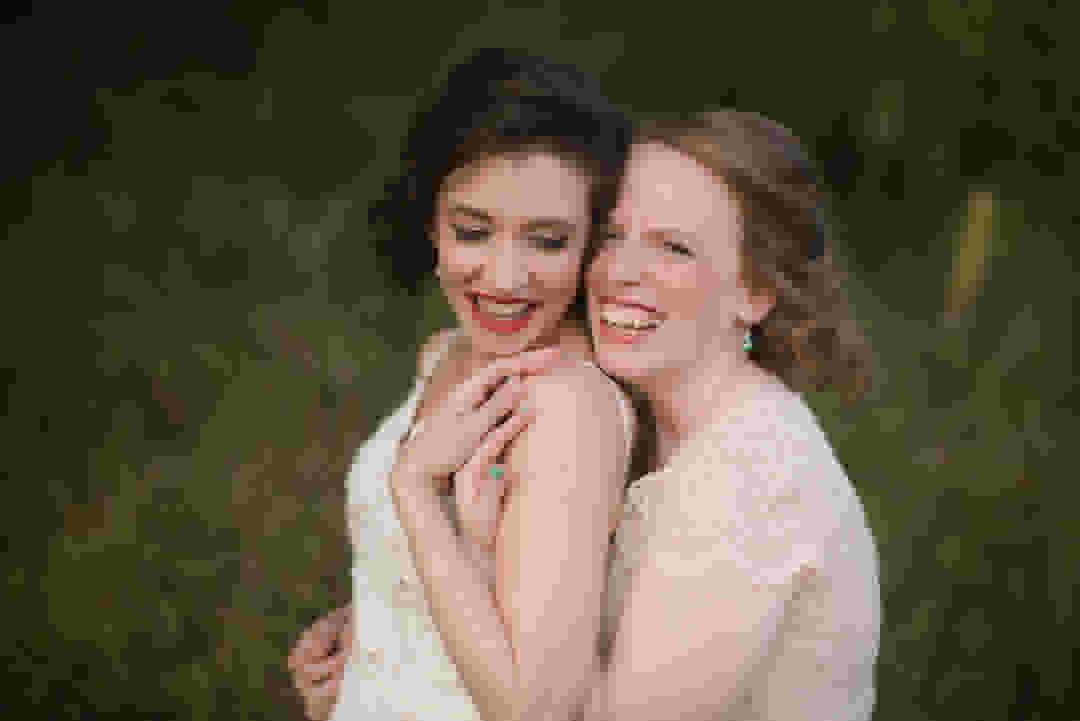 Your parents and partner never got along.

Whether the tension stems from a specific incident or is simply a result of clashing personalities, it’s possible your partner and parents just never clicked. If it’s a long-standing fued of sorts, you may already be prepared for some backlash. You may feel like there’s nothing you can do about it. However, it’s not necessarily too late.

How to Deal: There are a few ways to approach the situation, depending on what caused the rift.

In this case, speaking to your parents or fiancé and letting them know that their effort to try to get along means a lot to you—it can be a great motivator. “You can make those attempts and sometimes things can be resolved. People can get past things and healing can definitely take place,” Dr. Bash says.

However, if there’s a lot of arguing or the disagreement spans a long time, therapy (individual, couple’s, or family) can be an extremely useful tool.

Your fiancé has been disrespectful.

For whatever reason, your fiancé may be the source of tension between them and your parents. This is, frankly, unacceptable, especially if the disrespect stems from nothing other than your partner being difficult. “Unless your parents are incredibly rude or alienating to your partner, there’s no reason for [him or her] to be disrespectful,” Hartstein says.

In fact, if the person you love isn’t willing to be respectful towards your family, it could be a bad sign for the relationship. “It’s concerning if you have a partner who you can’t trust to get along with your friends, family, and the general population at large,” Hartstein says. “I recommend trying to nip this in the bud with direct discussion as soon as possible.”

How to Deal: The sooner you confront your partner about their behavior, the better. If you avoid confrontation and just hope for eventual improvement, it’s likely that you’ll harbor major resentment towards them in the future.

While it may feel like a betrayal, it’s understandable if your parents still have fond feelings for your ex. If they feel this way, chances are they spent considerable time with them and formed a positive relationship. Nothing about this is abnormal or malicious. It shouldn’t, however, in any way influence their relationship or opinion of your fiancé.

“It’s fine that your parents like and perhaps miss your ex, but it’s your life and your decision. You have good reasons that you’re no longer with them and have committed to a new partner,” Hartstein says.

How to Deal: In this case, you’ll want to speak with your parents without your partner, in order to avoid any awkwardness or putting anyone on the spot. Be considerate of your parents’ feelings while also taking Hartstein’s advice and being direct. Let them know it’d mean a lot to you if they attempted to form new bonds with your new partner. 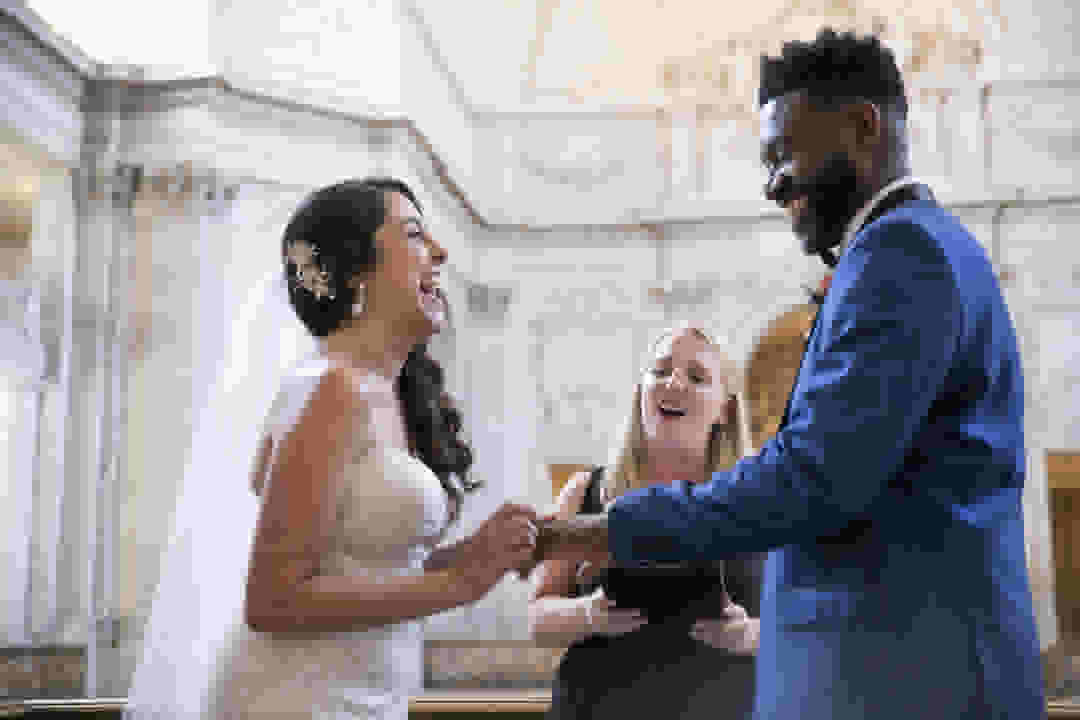 Whether the relationship is new or your parents simply haven’t had a lot of time to bond with your partner, this problem isn’t super uncommon. Simply put, your parents may feel as though they don’t have a good idea of who your fiancé is—and how he or she may treat you. Perhaps they haven’t been able to form any sort of relationship with them, due to shyness on either side, a lack of effort, or even your geographical location.

How to Deal: Naturally, the best thing to do is make an effort to have your parents and fiancé spend some time together. If you’re able to, make plans for all of you to do something as a group. Go wedding venue scouting then go out to lunch. Invite them over for dinner or offer to cook at their place. Chances are they simply want to feel important and involved.

If your fiancé is shy, ask them what they’d be comfortable doing before setting any plans. Also, avoid inviting other family members or friends since that can be distracting and defeat the purpose.

If you live far from your parents, take Dr. Bash’s advice: “In a situation where you’re maybe living in another country and it’s hard to plan a trip or meet in person—maybe someone is deployed and can’t come back—at least try to do a FaceTime call or something similar.”

Just making your parents feel that they’re important, that you want their approval, and that you’re making that effort will a long way, she adds.

What To Do When There’s No Resolution

It’s a sad result to consider, but it’s possible that your partner and parents won’t end up making amends. Certain opinions and incidents may run too deep. It’s crucial, in this case, to recognize that this is an emotionally charged situation and allow yourself to feel sad about it.

“Sometimes we have these ideas of harmonious relationships and how we want things to go and that doesn’t happen,” Dr. Bash says. “[You] have to mourn not being able to have the type of bigger family relationship we might’ve wanted, while still going ahead and marrying your partner.”

After any type of fallout, don’t be afraid to lean on a loved one (your partner, especially) and speak to a professional. Voicing your thoughts and feelings can be instrumental in allowing you to heal and feel better.