So, You're a First-Time Maid of Honor 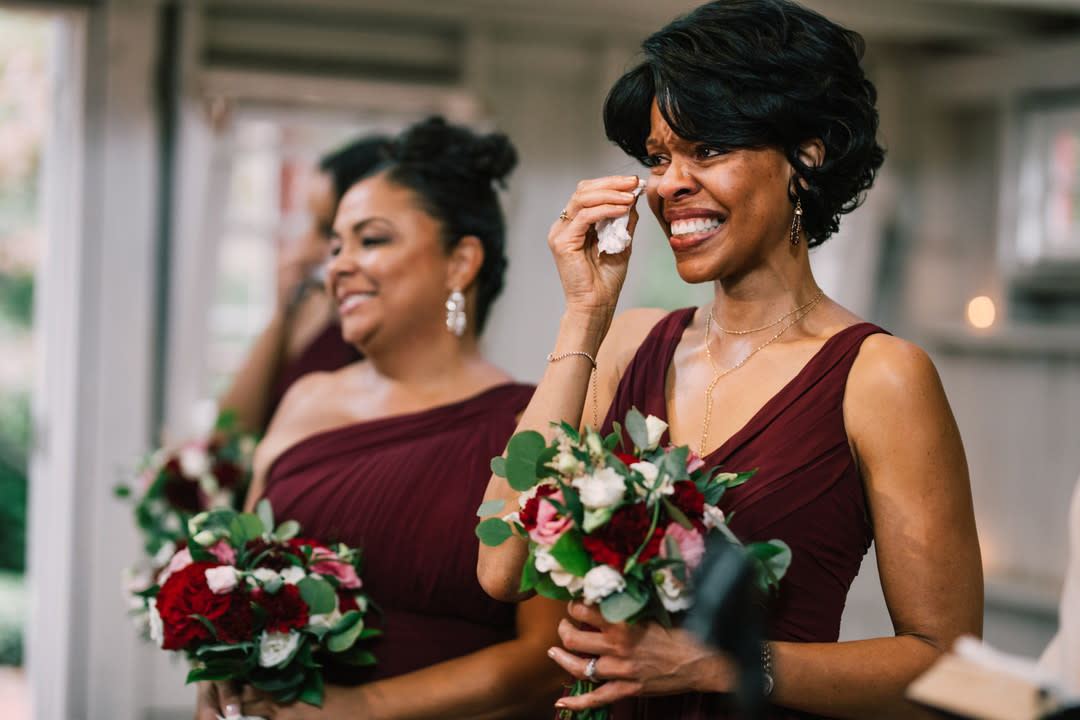 There are few things as heartwarming as being selected as a maid of honor. Whether it’s your sister, college roommate or childhood BFF, you’ve clearly made a positive impact on their life and there’s no one they’d rather have by their side on their big day. Let’s be honest, though: If you’re a first-time maid of honor, you probably have no idea what you’re doing. It’s a lot of fun, but also a lot of pressure.

In addition to familiarizing yourself with the role and the usual expectations that come along with it, every maid of honor could use some guidance on what to expect. Whether you’re nervous, excited, or a little bit of both, here’s how to handle almost every situation as a first-time maid of honor. 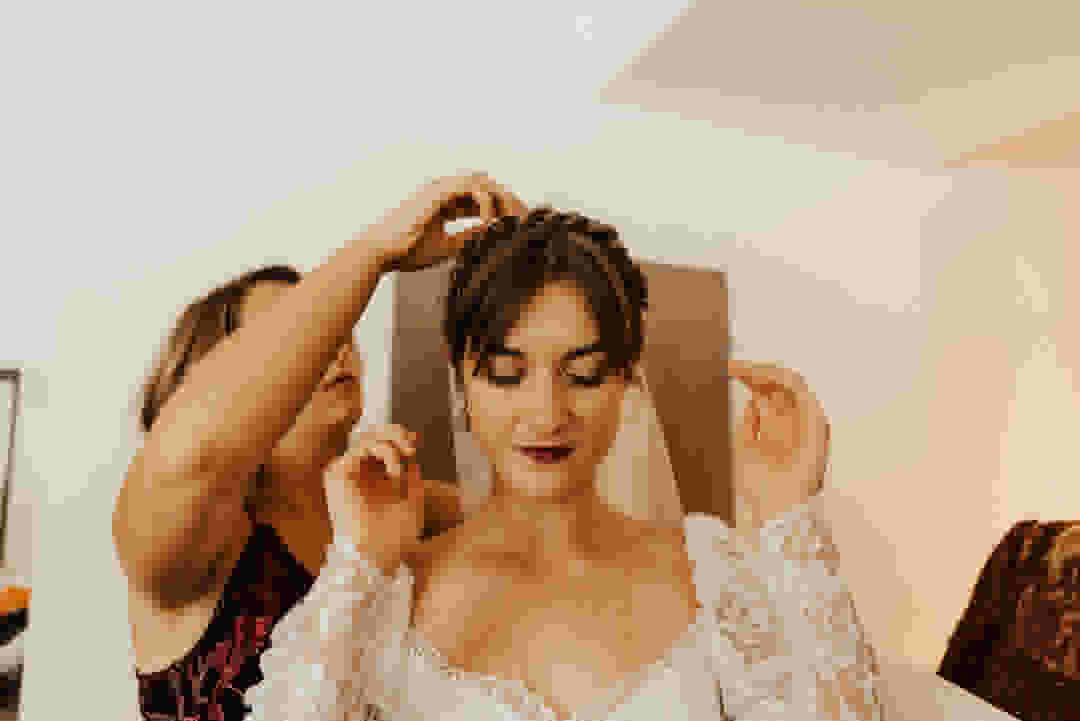 Every bride is different, and while some might expect you to take over a huge chunk of the planning process, others might want you to be totally hands-off and simply be their stand-in therapist during the actual wedding.

“Be upfront with your [friend] about what she actually wants and prioritize your role from there,” says Megan Clark, owner of Clutch Events. This includes being clear about expectations for the wedding day as well. Are you going to be responsible for greeting guests as they arrive? Keeping an emergency kit in your bag? Giving a lengthy speech?

Going over checklists and timelines as a team will not only help reduce overwhelm but will make sure the actual day runs like butter.

Ask how you can help.

This might be an obvious one, but almost every bride gets overwhelmed at some point in the planning process. Even if she doesn’t outwardly show it, there are likely multiple tasks she would happily delegate to someone she trusts. Has she been venting about how hard it is to find a good makeup artist or stressing over DJ costs? Keep your ears open and be ready to jump in wherever she needs you—even if it’s just to offer support.

In the end, you’re one of the people she cares about most in this world. She appointed you as her maid of honor not only because she loves and respects you, but because she values your opinion.

There are likely to be many moments throughout the planning process when your bride is going to need someone to bounce ideas off of, and you’re probably going to be one of the first people she calls. Be prepared to give thoughtful feedback and help her work through some of the obstacles that come with planning one of the biggest events of her life.

That said, there is such a thing as being too honest. When it comes down to it, you know the bride best, so make sure you’re helping her shape the day of her dreams, even if it’s not necessarily your style.

Make sure every decision takes the bride into account...

It’s easy to get carried away in the planning process (after all, it is exciting) and forget to ask for the bride’s opinion. What may seem like something small to you may be a big deal to her. As with knowing her expectations, make sure you know where she wants to give an opinion (i.e. the bachelorette destination or the size of the bridal shower) and where she would prefer to be more hands-off.

“For example, maybe it’s more important to the bride to have everyone in the bridal party included in the bachelorette party as opposed to making it a destination event,” says Clark. “I think there is so much pressure put on bridal parties to go all out for the bachelorette party, but that also makes it financially hard for a lot of people. Make sure the group is spending money where it counts and that should be based on what the bride prefers!”

…but don’t sacrifice your own well-being.

You’re her support system, not her servant. If the bride-to-be starts transitioning to a bridezilla during the planning process, it’s time to be honest. This doesn’t mean tell her she’s being an absolute nightmare, but let her know that you recognize how stressed she is and would love to help make the process more enjoyable for both of you.

Weddings can overwhelm even the most rational brides, says Clark, which is why it’s important to react calmly and gently. “I think it is really important to make sure the bride’s wishes are heard first and foremost and that they know they are a priority in the maid of honor’s life,” she says. “Then as nicely as possible, explain what you are and are not capable of based on your own life, job, and financial restraints.

“It’s difficult not to get overwhelmed and emotional when your friend gets engaged and stops really caring about your needs, but as long as you remember it’s only temporary, that usually helps.” 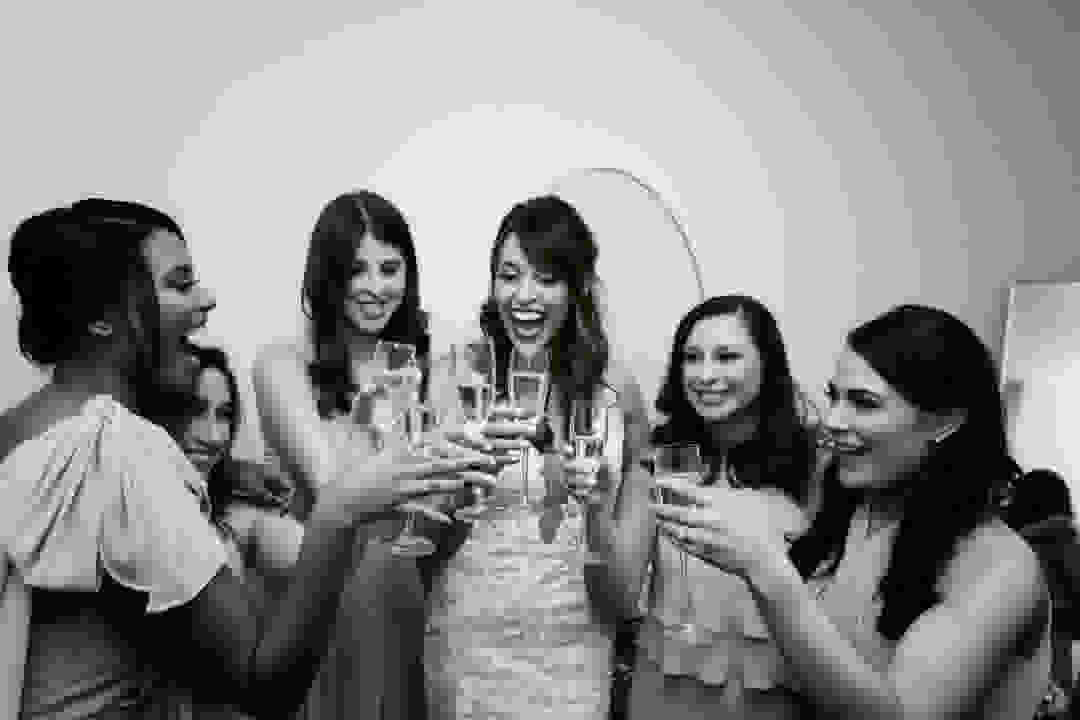 Make sure to practice your speech.

According to Clark, one of the most common mistakes she witnesses from maid of honors is not preparing for their speeches.

“Write it down and read it to at least two people for feedback,” she says. “And remember, it’s a toast, not a roast! Humor is appreciated, but not if it makes you or the bride look bad.”

Clark’s pro tip: Keep it under five minutes. In this amount of time, she says, you should be able to get across who you are, your history with the bride, several great attributes or stories, and how happy she is now that the groom is in her life.

Don’t be afraid to ask for advice.

There are plenty of people out there who want to help (like us!) and have not only done this before but have likely been in your exact shoes. No one likes to feel like they’re in the dark, and weddings can be a lot for everyone involved.

Many people are not only willing to provide tidbits of advice but are also open to sharing what mistakes they made and what they would’ve done differently. Most importantly, remember: No one is perfect, so don’t expect yourself to be either.