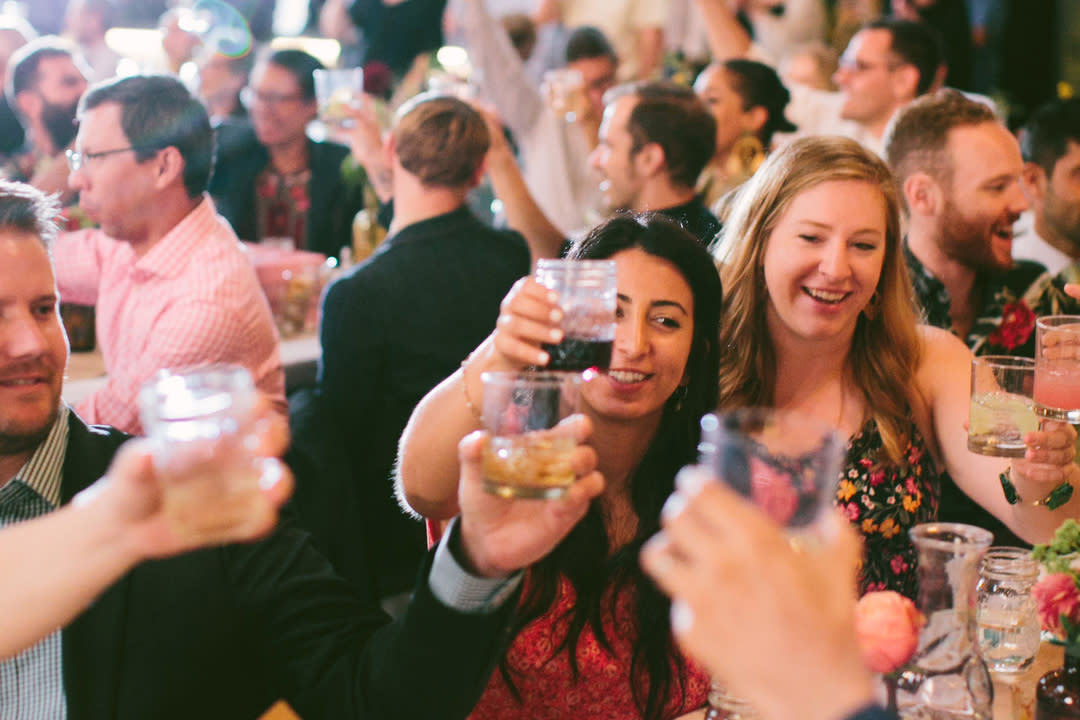 For the most part, wedding guest etiquette is pretty straightforward. RSVP by the requested date, choose a registry gift, dress appropriately, and show up ready to celebrate. Yet, some aspects of attending aren’t always so clear-cut. We’re talking about plus-ones. Ideally, your invitation should state whether or not you can bring one, but if it doesn’t, you might not feel sure.

Many would have you believe that you should never, under any circumstances, ask about a plus-one. There’s a lot of contradicting advice in this area, though, and etiquette can change overtime. Here’s when you should—and definitely shouldn’t—ask for a plus-one to a wedding.

Don’t ask if… one isn’t listed on your invitation.

As a standard rule, if a plus one (or “guest”) isn’t listed on your invitation, you likely aren’t meant to bring one. In this case, it may be considered rude to ask the couple if you can bring someone anyway. Don’t take it personally—there are plenty of reasons why couples don’t include plus-ones. Mainly: the budget. Weddings are expensive and pushing the question might lead to an awkward conversation about finances.

On the other hand, the couple may be hoping for a small, intimate ceremony exclusive to their loved ones. It’s important that you respect the couple’s decision. It’s their day, after all, not yours. And don’t worry, if you didn’t get a plus-one, a lot of other people didn’t get one either.

Do ask if… you’re in a serious relationship.

There are a few situations in which it’s understandable to ask about a plus-one. One such case is if you’re married, engaged, living with your significant other, or are in a long-term committed relationship that the couple is aware of. Typically, you should expect to see your partner’s name addressed on your save-the-date and invitation. If it isn’t, though, it’s fair to reach out and ask if a mistake has been made. While partners are usually invited guests and not considered plus-ones, there’s a chance there could’ve been an oversight. 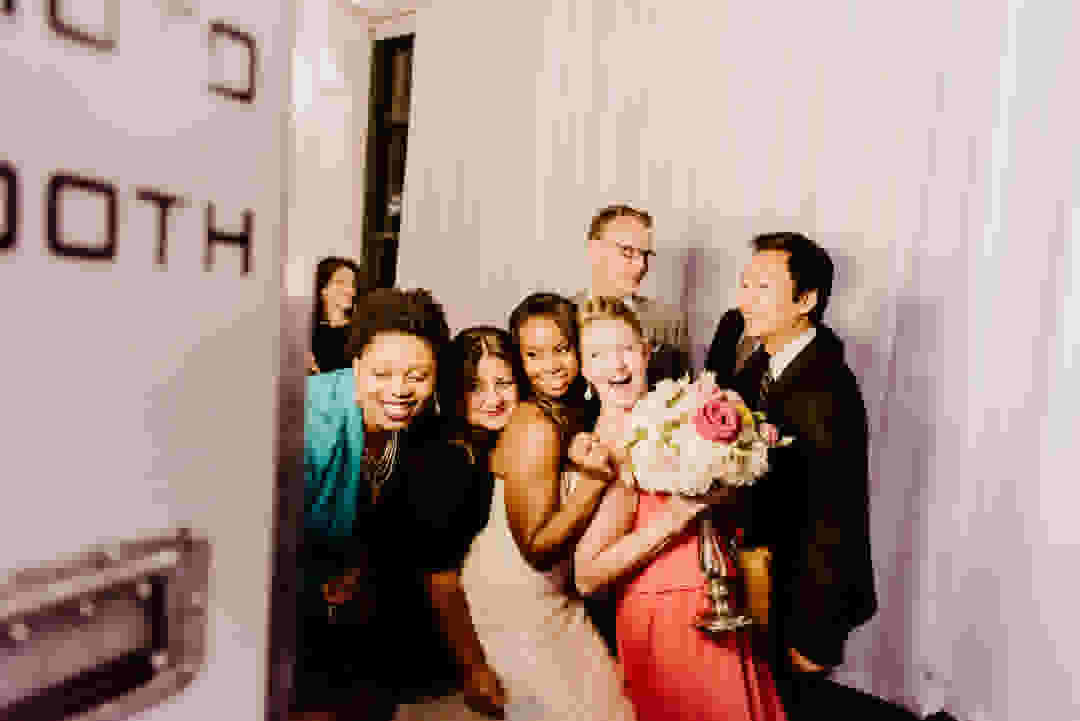 Unlike the aforementioned, if you’re casually dating someone, don’t assume you’ll be able to bring them. That is unless your invitation clearly states that you have a plus-one. If it doesn’t, it’s safe to surmise that asking the couple for one anyway will result in being turned down.

The same could be said if you’re single or otherwise unattached. Again, it’s nothing against you and was likely a decision that came down to many factors. Before asking a loved one why the person you’re going on semi-regular dates with isn’t invited, ask yourself if you’ll really miss them in wedding photos years down the line.

Do ask if… you’re genuinely unsure.

If you’re truly unsure of whether you get a plus-one, it’s acceptable to reach out for clarification. For example, perhaps your save-the-date doesn’t specify any names and you need to know ahead of time so you can plan. Maybe you moved in with your partner or got engaged after invitations were sent out. While asking about bringing a guest is daunting, assuming you can bring one—or leaving someone out when the couple was actually expecting them—is worse. 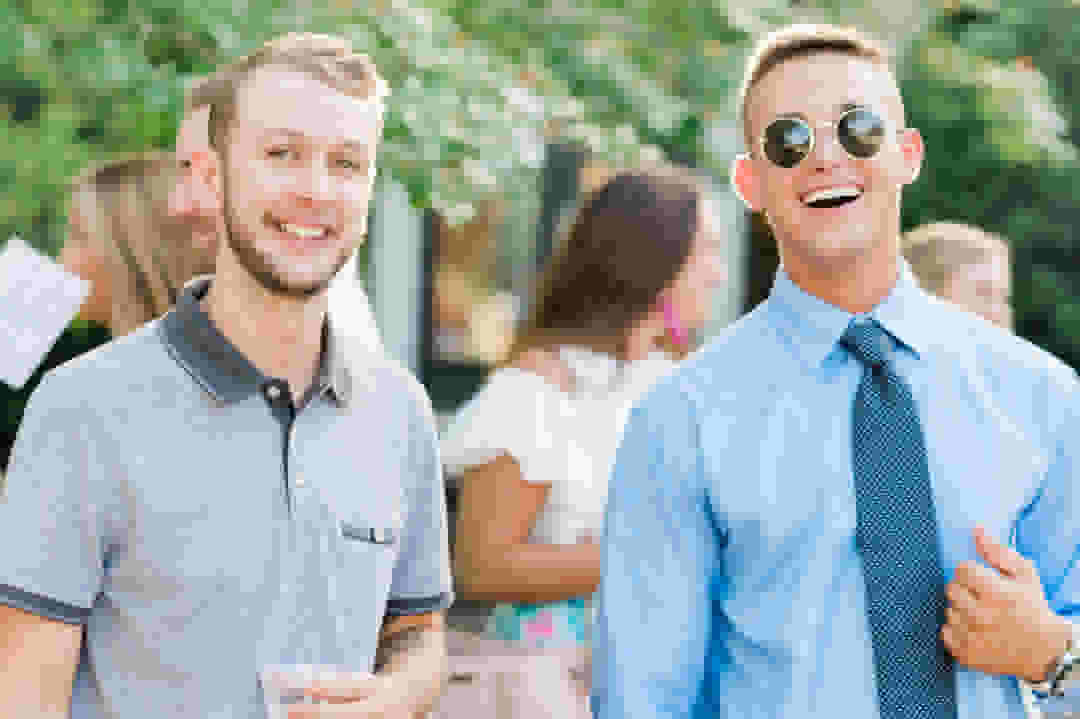 How to Ask For A Plus-One

When it comes down to it, how you ask is more impactful than whether you do. Keep the following in mind when reaching out.

Asking for a plus-one to a wedding isn't the most comfortable thing to do. Be sure to keep it casual and always reiterate your gratitude, regardless of the response you receive.