We met at Bravo! Vail Music Festival where Riley was working for the summer and Rob was performing. Rob claims to have noticed Riley earlier in the day, but they first connected when seated near each other at a dinner. Riley asked a friend what type of meat was in the barbecue sandwich she was offering her a bite of, and Rob asked "are you Jewish?" This question started a conversation covering academics, music and podcasts. Rob got Riley's phone number under the guise of joining her rafting trip later in the week. The rafting was postponed but Rob used the opportunity to ask Riley out. After two lovely dates, Rob and Riley parted ways as unlikely friends so that Rob could continue his demanding life in Chicago and Riley could go back to graduate school in Denver. And yet.... they just never stopped talking!

Rob completely surprised Riley by taking her on the Navy Pier ferris wheel where we went the first time Riley came to visit him in Chicago. It was private, personal, and yes, she cried.

Did he pick it?

Yes, with guidance. Months ago, Rob asked Riley to share some ideas on what they might like for an engagement ring. Riley presented a PowerPoint of "absolute nos" and examples, which Rob followed perfectly. 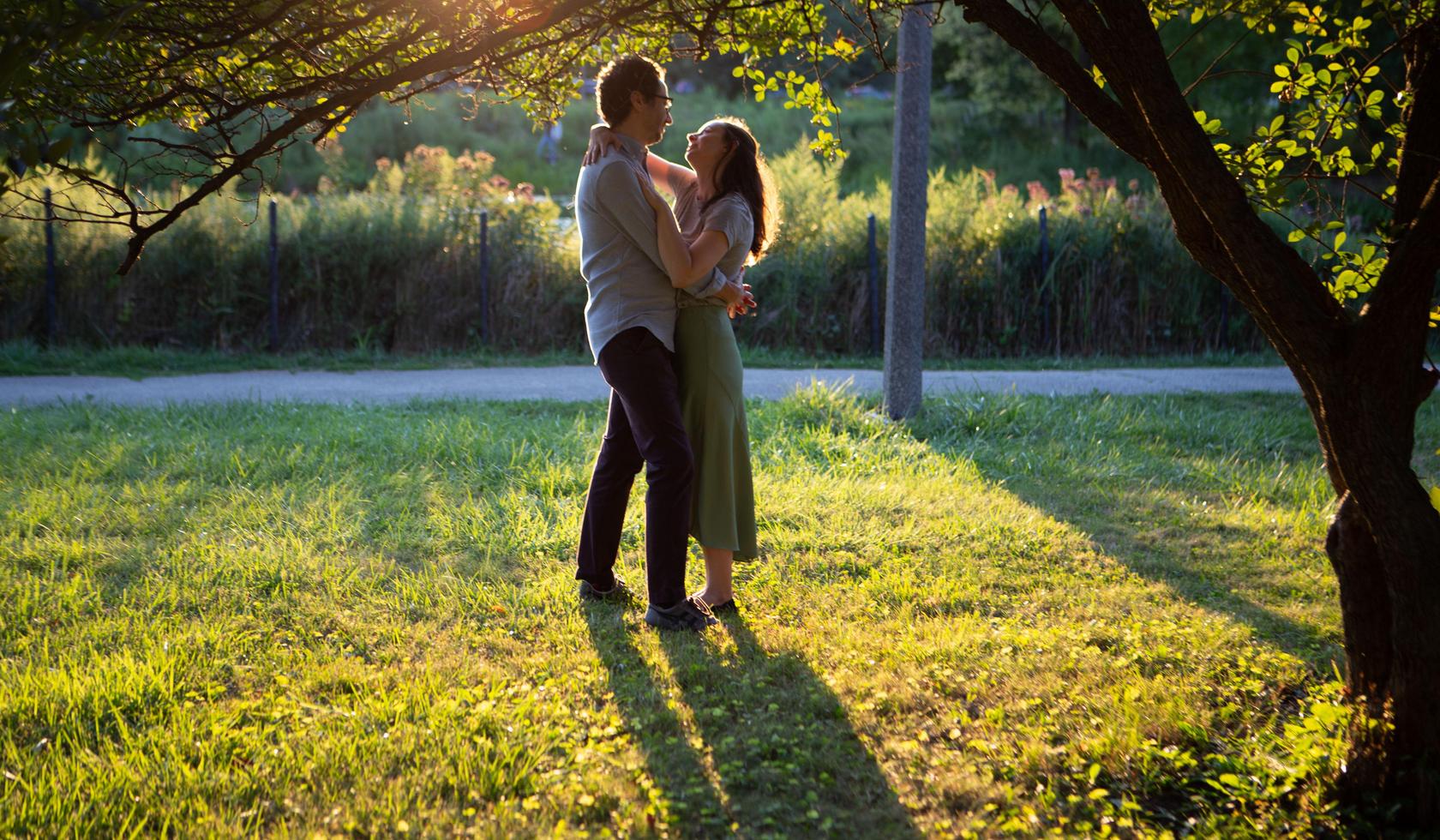