How Derryl is becoming a Harrell

Where do I begin... I guess at the beginning. Picture this * Camp Arrowwood, July, on a hot summer day. It was 2007 (we were 10) Matthew saw me from across the carpetball table in my airbrush t-shirt and thought “Woah, she's the one.” JK, but he did see me and remembered me. Fast forward to 2009 (we were 12) another hot summer day in July, we were on a waterfall hike in Adventure Rec. From across the waterfall I see a boy trying to step down the slippery waterfall rocks and I think to myself, then audibly say to my friend Becca "that boy is going to slip and fall." When seconds later he does just that, slips, falls, and hits his head...hard. Turns out it was Matthew and he got a concussion, he then spent the rest of the week hanging out with his mom in a neck brace. Fast forward to 2012 (we're now 15) and we both begin working at Camp Arrowwood as CIT's (counselor in training)! Here blossoms a lovely friendship. Fast forward to the next summer and boom... Camp Fever...First Kiss...woah…and then I did the unspeakable...I ghosted him after camp was over. Listen, it's clearly all good now, but it was wrong and I shouldn't have done that. So camp fever didn't last too long but no worries we did not lose contact, we actually did become great friends and worked camp many years together! You also might be wondering why my nickname is Derryl, well good news I'm about to explain. Picture this another year at camp (surprise surprise) and our friend Blair and I were first year counselors together (rip those campers) and we were so excited! Each week we would write on our little whiteboard in our cabin welcoming our new campers, and one week Blair wrote "Welcome to Cabin 3 with Blair and Perry." However the P looked like a D, and we just thought it was hilarious, so we go down to tell all of our friends and counselors how funny it was. Everyone was then belly laughing saying "What if your name was Derry.... HAHAHA." Then Matthew with his quick wit goes "What if your name was Derryl?" For the rest of the summer he and the other staff told all of the campers to call me Derryl. From that point on I was called Derryl at camp and I still to this day respond to people calling me Derryl. Ok wow that was a long explanation (lo siento) now back to the story...Fast forward to March 2020 (I think we all know where this is going) aka COVID. I had moved to Knoxville for my job at Thrive in August of 2019 and Matthew was in DC getting his masters at Georgetown, but COVID put a damper on Matthew's plan. He moved back home to finish school online. I continued to work at Thrive but mostly remotely/online as well, while my family was all still in GA, so I spent a lot of time at the Harrell’s house during quarantine. Quarantine was a weird time but a good time, we would play in the backyard almost everyday and it felt like we were all kids again. Nothing happened during this time, no feelings or anything like that...just thought you would all like to know. Fast forward again to April 2022 (here's where it gets good) Matthew asks me to meet up to talk... uh oh. A lovely Saturday afternoon in April we decided to go for a walk in Sequoyah park, here is where Matthew told me he had feelings for me. I then hit him with a "what..." and a "I don't currently feel that way about you." Matthew shot his shot and thought that all was lost (also bc I didn't acknowledge it for a bit)...BUT all was not lost, I reached back out about a week later (after a lot of prayers, thoughts, and guidance from some friends) and decided it would be crazy to never at least try and go on a date. So we did. Matthew planned a lovely day of hiking, cooking hot dogs on top of the mountain (My favorite food), swimming in the river, and a yummy dinner at the Blackberry Farm Brewery! The rest is... well, you know how it ends! 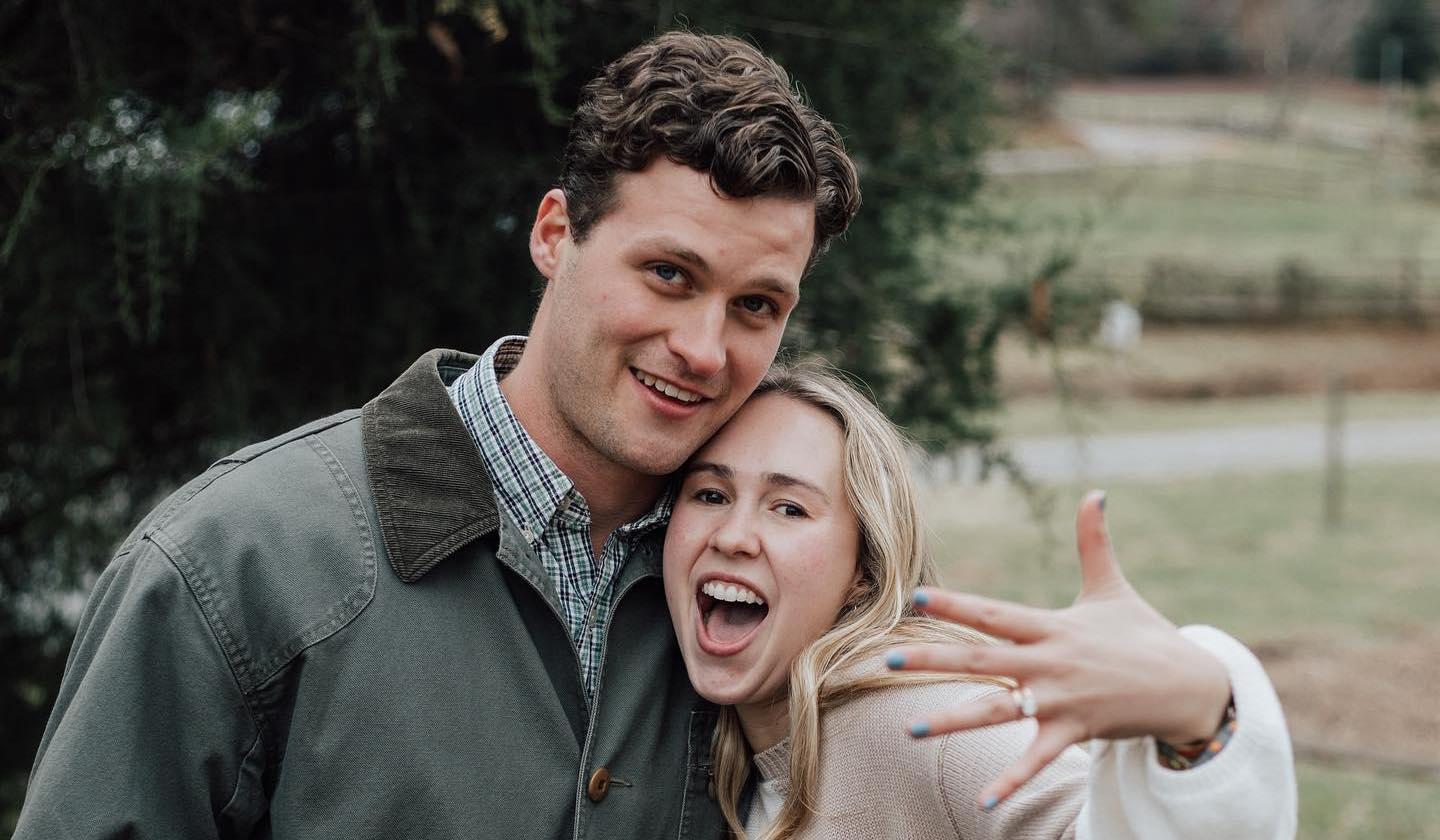