We are getting married!

The first time we met was freshman year of high school in one of our required classes, Adult Roles. It seems self-explanatory that we would be doing things in this class that adults did. Our last final project was to plan a “wedding” and this project was worth a lot. I was very quiet during freshman year of high school and the teacher let us pick our partners which was the worse thing to hear since I didn’t know anyone. Scott and I were the last ones so we were paired together to plan this wedding. During this time Scott would wear camo something every day and the first thing he said was can my groomsmen wear camo suits that’s when I knew I was going to be doing all the planning. After we did our wedding project and that semester was over Scott asked me for my number and I instantly said no because at the time I was more focused on soccer and I did not want a boyfriend. We would still have multiple classes together throughout our time in high school and became friends. By the end of sophomore and three semesters in the same classes we both had an interest in each other and this time, I gave him my Snapchat. We texted day and night and then we decided to go on our first “date” which was uncle bills. The next day of school in the Homestead parking lot he asked me to be his girlfriend on May 25th, 2017. We spent that whole summer together and went through Junior and Senior year together going to semi and prom dances, we graduated together in 2019. Shortly after graduation Scott and I decided we wanted to get an apartment together he was working as a mechanic and I was working at Chick-fil-a and going to school full-time at PFW. I was not liking school very much due to it all moving online from covid19 so I decided I was going to join the Air Force. Joining was still just a thought and so we started looking for a puppy so Scott would not be alone while I was gone in the military. Which is when we found Remington our first puppy, and he is a beagle. I signed up to join the military in March of 2020 with no dates to leave yet. I got dates to leave for basic training right after Christmas, December 27th, 2020. I was gone from that date until one day after Scott’s 21st birthday June 5th, 2021. I told Scott I would not be home unit the next week and surprised him a week early! Living in our apartment was short-lived because after I got home we started looking for a house during the crazy market times but we got very lucky and found a house and moved in October 2021. We love our new house and I started working at the Air Force Base here in town, and in December Christmas Scott surprised me with a puppy, Winchester our second beagle. So now we had our little family of four enjoying our new house together. In March of 2022, we lost our first baby which was one of the hardest things ever but made us so much stronger together as a couple. We decided we were going to go on a trip to Florida for our 5th anniversary, and little did I know he proposed to me on our anniversary after an amazing dinner we had! So here we are planning a wedding, and to make it even crazier we rescued a third dog, Colt. So that is three dogs now but we love every moment together! 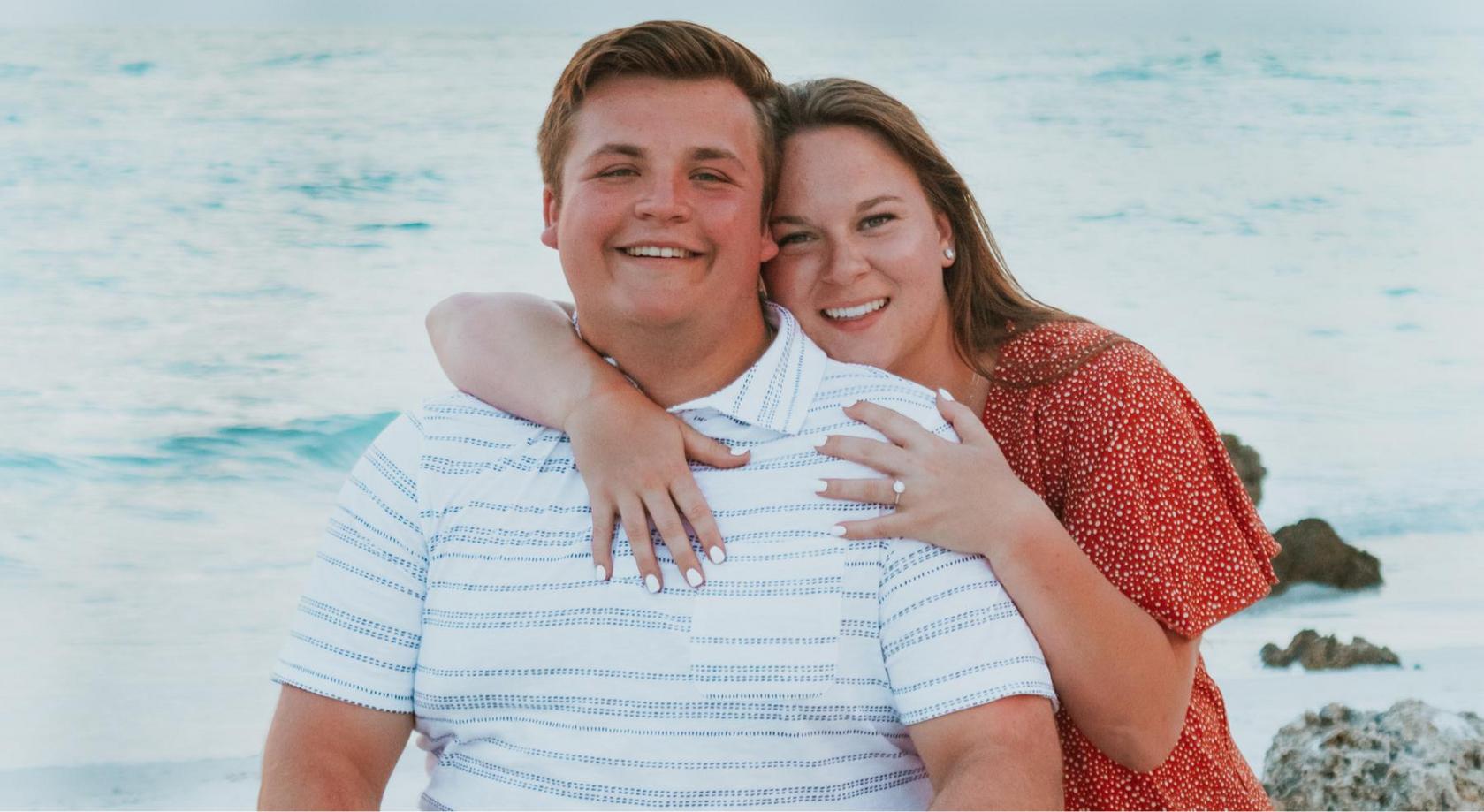