03/16/2019 The day Mitch and Lexi met and became friends. We met through our friend group. We had decided to go out Downtown Chicago for St. Patty's Day. I went out with my girlfriends downtown. Mitch went with the guys. We all met up to go out to Prysm Chicago. Most of our bridal party was all together that night. -Lexi 04/07/2020 I started to plan a trip about 6 months ago to go see my grandparents in Lake Havasu City, Az for a vacation with Lexi. We decided we were going to stay in Las Vegas the first night. She kept asking me if we could go hiking. I’m not too big into hiking at all. So I brainstormed on how I could ask to marry her (after getting her Dad’s permission of course). As the vacation was getting closer, we had talked about what we wanted to do while on vacation. So we had some ideas and one of them was to take a helicopter ride. I made it her idea to do it! Which worked out great because she kept asking to hike the Grand Canyon and the helicopter ride would take us there. We flew into Vegas and then drove over to meet the helicopter pilot. We took off for the tour of the Grand Canyon and even saw the Hoover Dam. I was so nervous that I was sweating the whole ride to the canyon. Lexi thought I was just hot from the sun beating into the windows of the copter. The helicopter dropped us into the canyon. Which was a lot easier than having to do an intense hike to the bottom of the canyon. We had a picnic and then I took her over to the edge of the canyon suggesting that I would take a photo of her. I then asked her to marry me. She was in shock. I then got down on one knee and asked her a second time. SHE SAID YES! We then celebrated with some champagne before getting back into the helicopter to ride back to the airport to finish our tour. I’m so excited to see what the future holds of us! Can’t wait to marry her! - Mitch #foreverfrancois 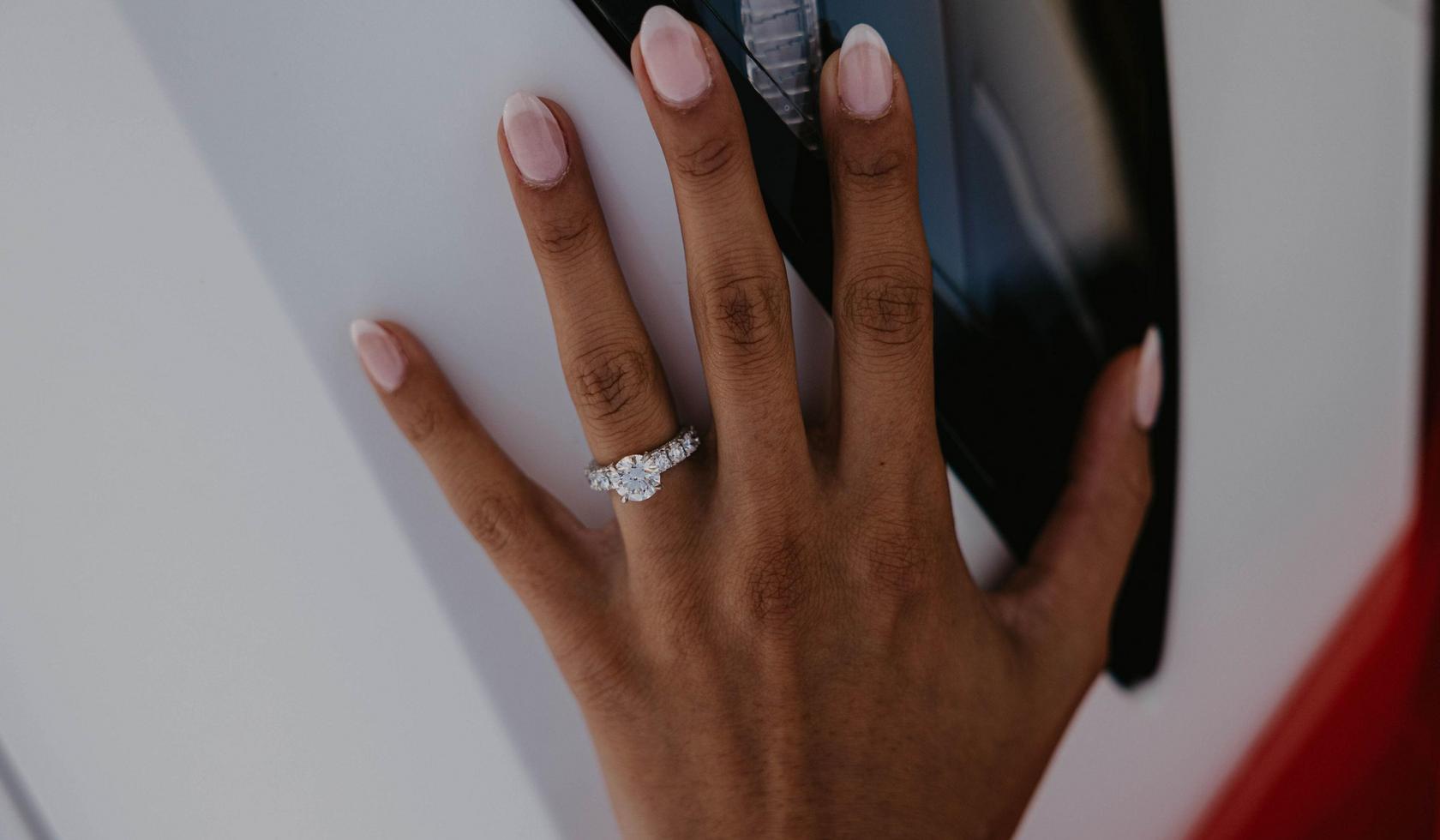