Cassidy and Noah met celebrating 4th of July back in 2016. Cassidy went to a family party and Noah was there with his lifelong friends, thanks DJ and Beth Michael. After some secret glances across the patio and some liquid courage they struck up a conversation and Noah showed off some salsa dancing moves. Without either knowing, both were head over heels for each other after that first night! For their first official date, Noah decided to bring Cassidy to a restaurant knowing her love of seafood despite not being a seafood eater himself, H2Ocean (still one of their favorite restaurants to this day!). Despite enjoying many dinners, hangouts, and a Blake Shelton concert the timing wasn’t right and they went their separate ways. A year and a half later, they reconnected again over their love of country music with the release of Jason Aldean’s new album, Rearview Town. Cassidy didn’t tell Noah at the time but she knew she would be dancing with him to You Make it Easy at their wedding. All this led to their second first date on June 13th, 2018. From that day on they have been inseparable. In August of 2019 they moved into their apartment in Morris Plains together and they became a little family with their dog Milo. On December 17th, 2021, at home, in front of their Christmas tree, with Milo jumping and barking by his side, Noah asked Cassidy to marry him! Cassidy always knowing she would end up marrying Noah said, “Of course!” and they were both beyond happy. Cassidy and Noah are so excited and honored to be able to start the next chapter of their story with all of you at their wedding! 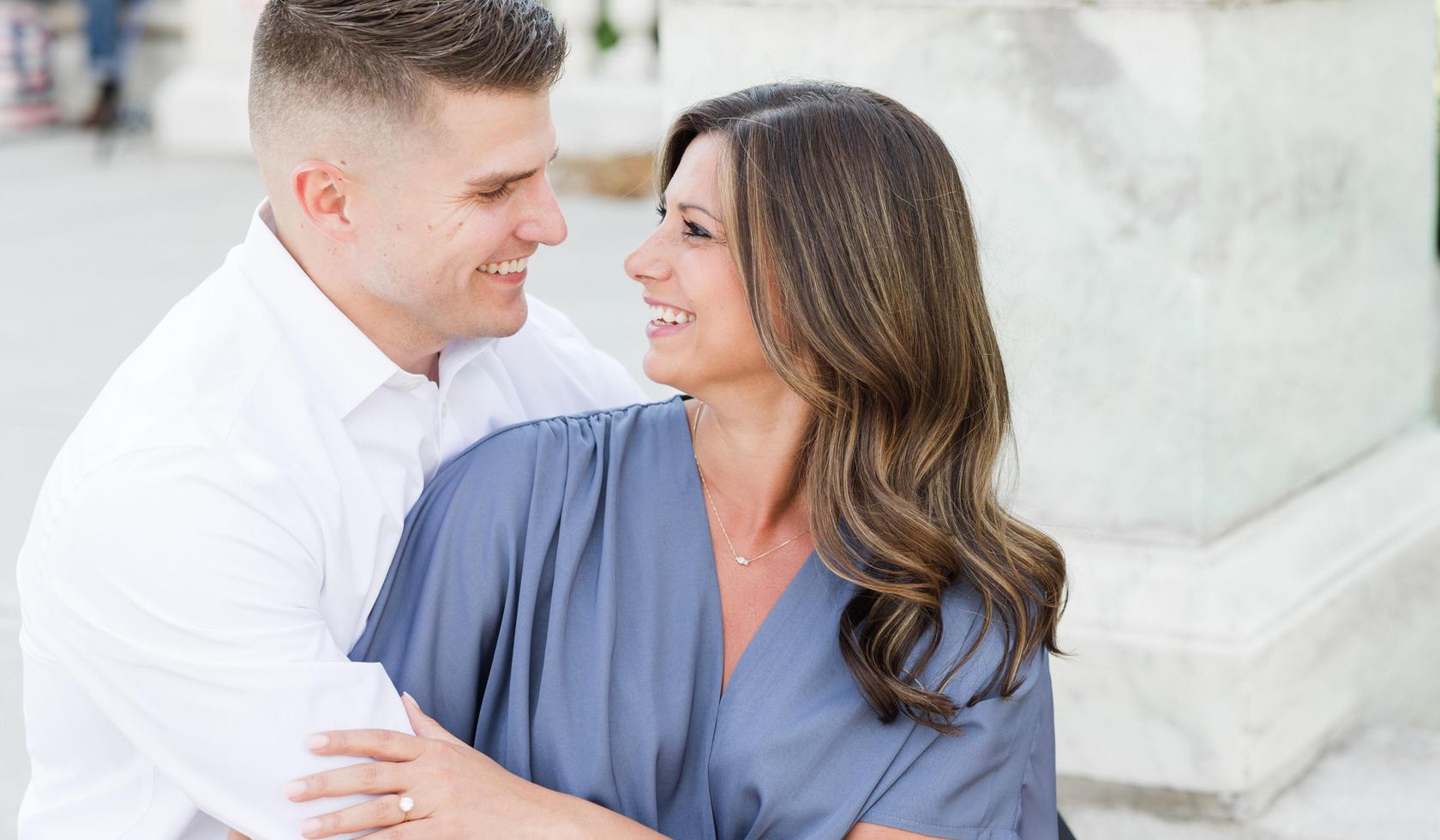