It was always you.

...Then the Rest Was History

David and Sarah are high school sweethearts. They were both new freshmen at their high school and a little birdie told Sarah that David was crushing on her. A mutual friend had asked her, "Would you ever like David Lopes?" At this point, Sarah had legit only said maybe one sentence to him in chemistry class, so she said "No." The only conversation they had for the rest of that school year was when Sarah complimented David on his camouflage OBEY sweater, which he geeked about later on. David ended up becoming friends with Sarah's sister sophomore year and sat behind Sarah in history class. He did the classic "high school boy flirt" tactic, and even went as far as writing "I love Lopey" on her bright yellow Jansport backpack. Honestly, since history class, the rest is history! They dated all of high school, from proms and sports games to MANY date nights in New York City. Then, they both ended up both going to Liberty University for college. Unfortunately, right at the beginning of their junior year, they decided to go their separate ways, to focus on themselves, and become their own person separate from the other. It was painful radio silence for a whole year, but boy did they grow! During their senior year, the two ended up running into each other and reconnected again. It was like no time had passed and the love that they both always had for each other was even stronger through it all. After college, both David and Sarah moved down to Raleigh, NC to start their careers!

On December 26, 2021, David got down on one knee in front of a little restaurant nestled underneath the Brooklyn Bridge in New York City called the River Café. A very special spot for the two of them: It was the exact spot where they had their first kiss when they were both 17 years old. 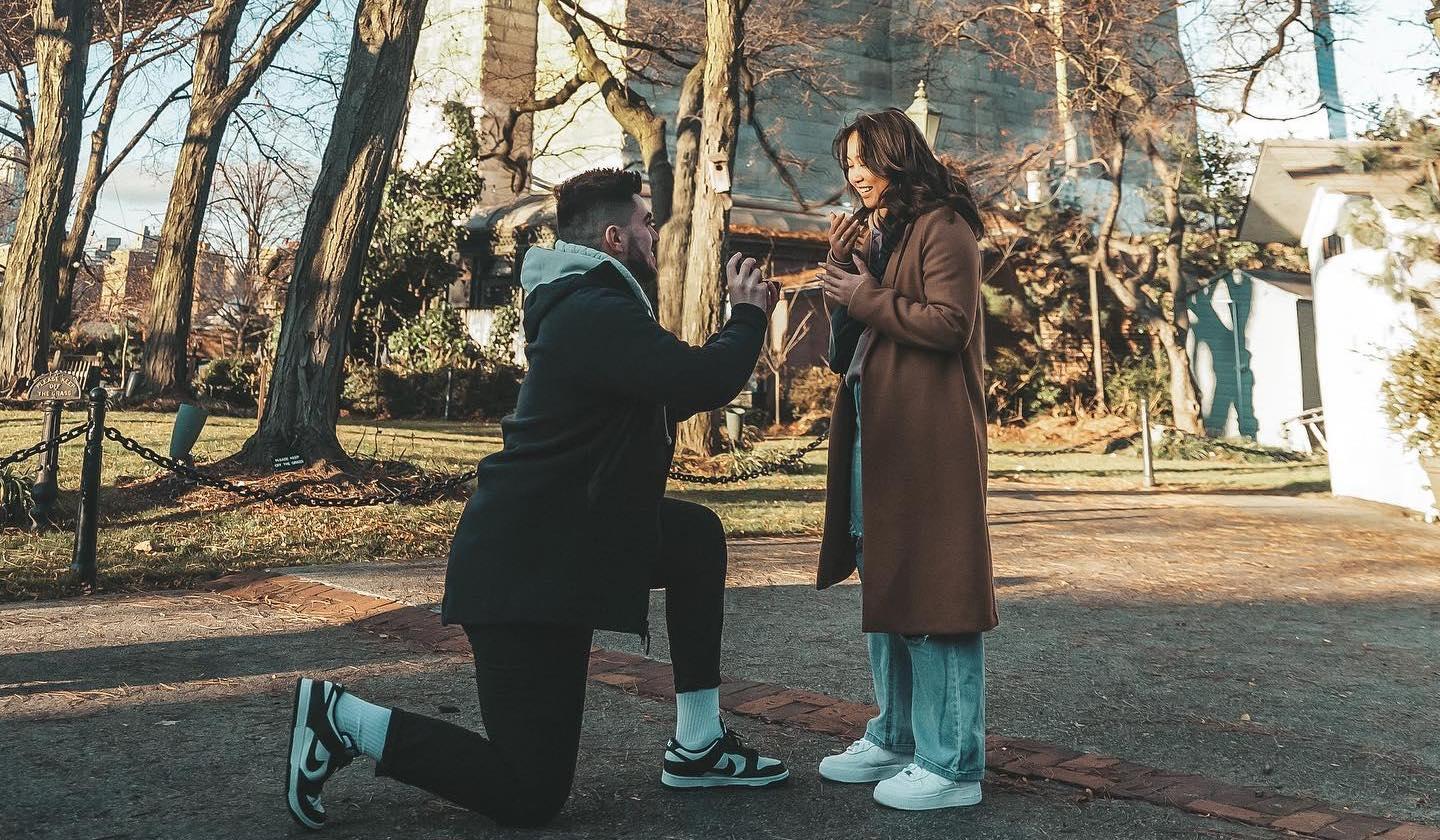